Looks like a perfect rainy day weekend to make Teru Teru Bozu. A cute custom and craft in Japan is the Teru teru bozu (てるてる坊主). “Teru” is a Japanese verb which describes sunshine, and a “bōzu” is a Buddhist monk.  The dolls are handmade with white cloth that children make to ward off rain. School age children will make Teru teru bozu before special school events and outdoor activities to wish for sunshine. Rainy season is in June so you will see more little white ghosts around Japan in the summer.

The Teru teru bozu tradition supposedly was started by Japanese farmers who began hanging them outside of windows by a string. If you hang the dolls the proper way the rain will stay away, if you hang it upside down the rain will come. Traditionally, if the weather does turn out well, eyes are drawn in, a libation of holy sake is poured over them, and they are washed away in the river. The little white ghost became popular during the Edo period among urban dwellers, whose children would make them the day before the good weather was desired.

There is a famous Japanese nursery rhyme, associated with teru teru bozu, written by Kyoson Asahara and composed by Shinpei Nakayama, that was released in 1921. You can hear the Teru Teru Bozu song on this You Tube video.

Kids love making Teru term bozo and hanging them outside. Try making one this weekend!

How to make one

A simple and fun home crafts. Take some white or light coloured fabric or paper and cut large 20-30 cm circles. Then take some stuffing – cotton, filler or even tissue and ball up for the head stuffing. Next squeeze the fabric around the stuffing to create a head and lower body. Tie a piece of string or ribbon tightly around neck area and knot. Then decorate the face as you wish. I also used a needle to create a hanging string from the top of the Teru teru bozu’s head. Kids will come up with all kinds of designs so have fun and enjoy! 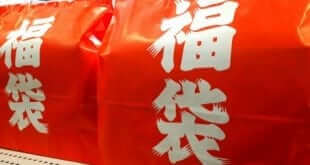 Are you preparing for Japanese New Year? Tokyo goes quiet this week as most Japanese …