Hitachi Seaside Park is a beautiful park about a 2 hour drive from central Tokyo. They have beautiful seasonal flowers, and a sports and amusement park. It can be enjoyed by all ages year round.

The park is divided into 7 areas and each area has flowers that bloom throughout the year. From the end of September about 32,000 Kokia begin to turn red and by mid-October dyes the “Miharashi no Oka” (Miharashi Hill) red. Visit the park from September 21, 2019 to October 20, 2019 to enjoy the brilliant red Kochia. 2019 Flower schedule below.

Miharashi Hill is the famous slope on the seaside and the most photographed area of Hitachi Seaside Park. Visitors go for the baby blue nemophila blooms in the spring, returning again in the fall Cosmos & Kochia. Miharashi Hill used to be a military airport called Mitohigashi Airport. After the war it became a firing and bombing range for the US Air Force. There were several serious problems caused by accidental firing and bombing, and some people were killed by the accidents. Therefore, local people wanted to get back the airport in peace and organized the return movement. Finally, the land was returned to Japan in March 1973 and later it became Hitachi Seaside Park as a symbol of peace. The hill where many bombs and bullets had been fired was turned to a hill covered with pretty flowers. *Kids must be 110cm and in elementary school in order to ride coaster. My kids loved the card labyrinth. The object of the card labyrinth is to use a character tool to obtain points. The more points you have the stronger your character becomes. Use the points to battle another character at the end of the labyrinth. If you win, you get a prize. Instructions: Enter and receive a colorful character to collect points. Walk around the maze and locate a yellow stand with a glowing light. If the light matches the color of your character place the character on the console to collect points. Do this throughout the maze. At the end you`ll play a roulette game which will decide the character you`ll use to battle at the goal. Walk towards the `Goal` sign to battle. Place the character on the game console to receive a card. Hit the button as many times as you can to win. If you win you`ll receive a prize, if not kids can take the playing cards home with them. Kids loved the maze. They said they want to go back just for the maze alone. The Karuizawa Area with Kids 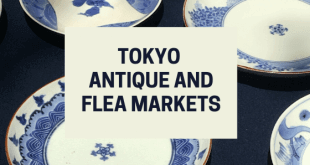 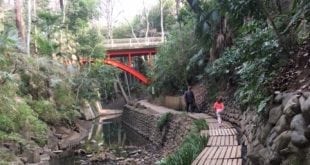