Until the birth of Baby Girl, six years ago, I had never celebrated Hinamatsuri Japan Girls’ Day.  Now I know what I was missing as a boys-only family. Learn about Hinamatsuri by reading, going and making! Cheers to Girls on March 3rd and every day! Hinamatsuri (雛祭り), also called Doll’s Day or Girls’ Day, is celebrated on March 3rd and is a special day in Japan, but not a national holiday.  Platforms covered with a red carpet are used to display a set of ornamental dolls (雛人形 hina-ningyō) representing the Emperor, Empress, attendants, and musicians. The dolls are clothed in traditional court dress of the Heian period (794 to 1185). The custom began in the Heian period as a way to remove bad spirits from the house.

Most families celebrate Hinamatsuri by displaying dolls and eating and drinking.  Special delicacies include shirozake (a sake made from fermented rice), pastel-colored hina-arare (bite-sized crackers flavored with sugar or soy sauce) and hishimochi (a diamond-shaped colored rice cake).  The main meal on Hinamatsuri is Chirashizushi (sushi rice flavored with sugar, vinegar, topped with raw fish and a variety of ingredients). The sushi is accompanied by a salt-based soup called ushiojiru containing clams still in the shells. Clamshells in food are deemed the symbol of a united and peaceful couple because a pair of clam shells fits perfectly.

Hinamatsuri traces its origins to an ancient Japanese custom called hina-nagashi (雛流し, lit. “doll floating”), in which straw hina dolls are set afloat on a boat and sent down a river to the sea, supposedly taking troubles or bad spirits with them. They often got caught in fisherman’s nets, so the custom began to burn them on the evenings of March 3rd to terminate the bad spirits.  – Content source Wikipedia Most families purchase a set of dolls the first year their daughter’s life. The dolls are often purchased by the grandparents since sets can cost hundred of thousands of yen. Sets of dolls can be from just two dolls (Emperor and Empress) to seven tiers of dolls. Since storage space is limited in Japanese homes, many families are now investing in smaller more compact sets today.  You can also buy a wide selection at Amazon Japan or unique hand-crafts at Iichi.com.  The dolls are exhibited in homes across Japan following Setsubun (February 2nd) until the evening of March 3rd. Although families no longer burn the dolls; superstition is that if you do not pack up by March 4th your daughter may marry late.


Great books to enjoy with your children in Japanese available on Amazon Japan. 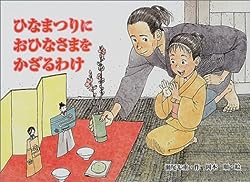 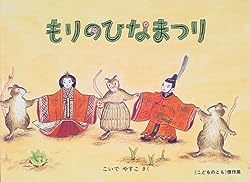 Out and About Hinamasturi – Hinamatsuri, Girls’ Day

If you are interested in learning more about Hinamatsuri, I highly recommend the following events, activities, and shopping. Meguro Gajoen’s celebration of Hinamatsuri dolls (雛祭り) is absolutely beautiful. Hinamatsuri (Girls’ Day) is celebrated at homes across Japan which has a daughter on March 3rd. Platforms covered with a red carpet are used to display a set of ornamental dolls (雛人形 hina-ningyō) representing the Emperor, Empress, attendants, and musicians in traditional court dress of the Heian period. Not only will the dolls impress you, but the rooms they are displayed in are very ornate. Learn about Girls’ Day and the art of Hinamatsuri Dolls this year.
Address: Meguro Gajoen, 1-8-1 Shimomeguro, Meguro, Tokyo
Phone: 03-3468-2933
Dates and Times: CLOSED DUE TO COVID -19 (Sunday, March 15, 2020; 10:00 – 17:00 (no admission after 16:30)
Cost: Adults 1,600 JPY (advance 1,400 JPY), high school – college students 1000 JPY, Junior high and elementary school students 600 JPY, children elementary and under free
Access: 10 minutes from Meguro Station; Yamanote, Tokyu Meguro, Namboku, Mita lines
Website: http://www.hotelgajoen-tokyo.com/hinamatsuri/

Did you enjoy this article? If yes,  please Things to do in Tokyo with Kids During Coronavirus (COVID-19)

Here are some helpful apps, podcasts, and ideas to help parents survive as schools are …