When one thinks of Roppongi bright lights, nightlife, and shopping come to mind. But in the late 1800s and early 1900s, it was a sleepy residence area that General Nogi and his family set-up their home. You can visit the wooden home (looking into windows from outside), walk through the garden and pray at the Nogi Shrine next to the house for free. A peek into Japanese history over 100 years ago. You can only tour the inside on September 12 & 13. General Nogi was a war hero and leader who many If you enjoy this historical property, you should also visit Kyu Asakura Residence  in Daikanyama, Tokyo.

Also a bit further out from central Tokyo is a great park with a museum housing old Japanese houses from different eras – Edo – Tokyo Open-Air Museum. The 130+-year-old Nogi Residence and the brick stables are designated tangible cultural properties of Minato City. Nogi and family lived in the house from 1879 until their deaths in 1912. The residence was designed by Nogi, based on a building of the French
army headquarters he saw when visiting Europe. Nogi Shrine behind the house was built in the

General Nogi was born into a Samurai family in Edo on December 25th, 1849, and grew to be one of the leading generals in the Imperial Japanese Army in late 1890, the Russo-Japanese War 1904-05, and one of the leaders which captured Port Arthur from the Russians. The 1904 – 1905 war was the first war in history where an Asian country

defeated a European nation, which was instrumental in jumpstarting Japanese nationalism and the belief in the military that Japan could colonize more of Asia and beat Western Nations.

In the Satsuma Rebellion General Nogi lost the Emperors banner and then lead over 50,000 Japanese military to death in Port Arthur. Twice in shame, he asked Emperor Meiji if he could take his live and Emperor Meiji twice said, “no, while I am alive.” When on the day of Emperor Meiji’s funeral on September 13, 1912, General Nogi and his wife killed themselves in their Roppongi house. They felt by taking their life was the best way to honor the Emperor. They did not have much to live for since their two sons had both been killed in battle in their 20-30’s.

Combine to a trip the National Art Museum, 21-21 Design Sight, Shopping and Eating in Midtown or Roppongi Hills or play in Hinokicho Park or the Robot Park. 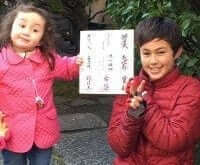 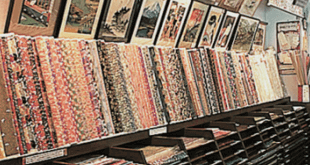 Rainy Days in Tokyo with Kids